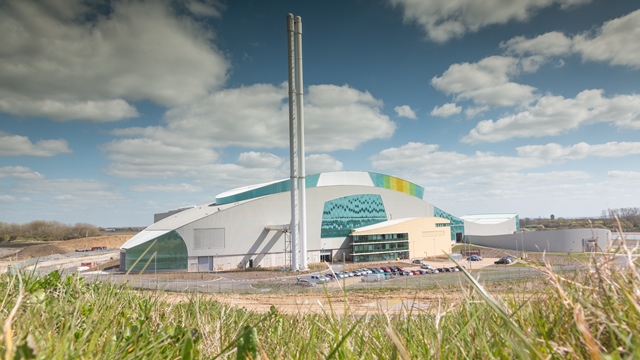 The volume of Hertfordshire’s household waste sent to landfill saw a significant decline in 2015/16, according to the Hertfordshire Waste Partnership, which has recorded a 39,000-tonne drop in landfill tonnages in its latest annual report.

The report, which covers the 12 months from April 2015 also suggests that the county saw a decline in the overall volume of green waste collected for composting which was offset by an increase in tonnages of dry recycling collected from householders.

On residual waste, Hertfordshire saw the amount of waste sent to landfill drop by a significant volume, with 87,962 tonnes of waste to landfill in 2015/16 a drop of over 39,000 tonnes compared to the previous year.

The report notes that Hertfordshire is utilising capacity within many ‘out-of-town’ waste treatment facilities to treat residual waste, which includes the Eco Park energy from waste plant at Edmonton, and the Ardley energy from waste facility in Ardley, Oxfordshire, which is operated by Viridor.

At present, there is no energy from waste facility in Hertfordshire which is capable of treating the county’s waste. However, plans have been put forward to build a 380,000 tonnes-per-year capacity plant at Rye House in Hoddesdon. Hertfordshire county council signed a renewed 30-year contract for the management of the county’s residual waste – worth up to £1 billion – in September 2016 which is dependent on planning permission being awarded for the plant. In its report, the Waste Partnership noted: “2015/16 saw further advances of non-recycled residual waste sent for energy recovery. As a result, the HWP’s overall landfill diversion rate increased to 81.4% during 2015/16 compared to 73.6% the previous year. This means eight out of every 10 tonnes of domestic waste generated in Hertfordshire is now diverted from landfill through recycling, composting or energy recovery.”

2015/16 saw Hertfordshire’s recycling rate surpass 50% – with the waste partnership members, which includes Hertfordshire county council and the ten district councils within the county having recorded an overall recycling and composting rate of 50.4%. This represented an improvement of 1% from the 12 months previously.

This came despite a 5,174-tonne drop in the overall volume of green waste collected for composting – totalling 116,794 tonnes for 2015/16 compared to 121,968 tonnes in 2014/15. However, dry recycling tonnages increased by 6,256 tonnes to 130,490 tonnes for the year.
Other highlights included in the report include a trial between Broxbourne, Dacorum, St Albans and Stevenage council for the reprocessing of street sweepings – which resulted in a full-time arrangement for the handling of the county’s sweepings which began in January 2016.

And, the Partnership has also reported on the progress of its ‘Recycle for Herts’ recycling quality campaign, which was run to help improve the quality of dry recyclable material captured within the county. The campaign involved social media, public events and joint messaging from all of the boroughs and districts within Hertfordshire.