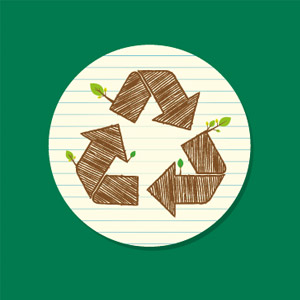 UK households produced 30.5 million tonnes of waste in 2003/04, of which 17% was collected for recycling (source: defra.gov.uk). This figure is still quite low compared to some of our neighbouring EU countries, some recycling over 50% of their waste. There is still a great deal of waste which could be recycled that ends up in landfill sites which is harmful to the environment.

Recycling is an excellent way of saving energy and conserving the environment, and Ribbex is well placed to assist you and your business in achieving this.

Did you know that:

To make your positive impact on the environment please give us a call to discuss your recycling requirements.